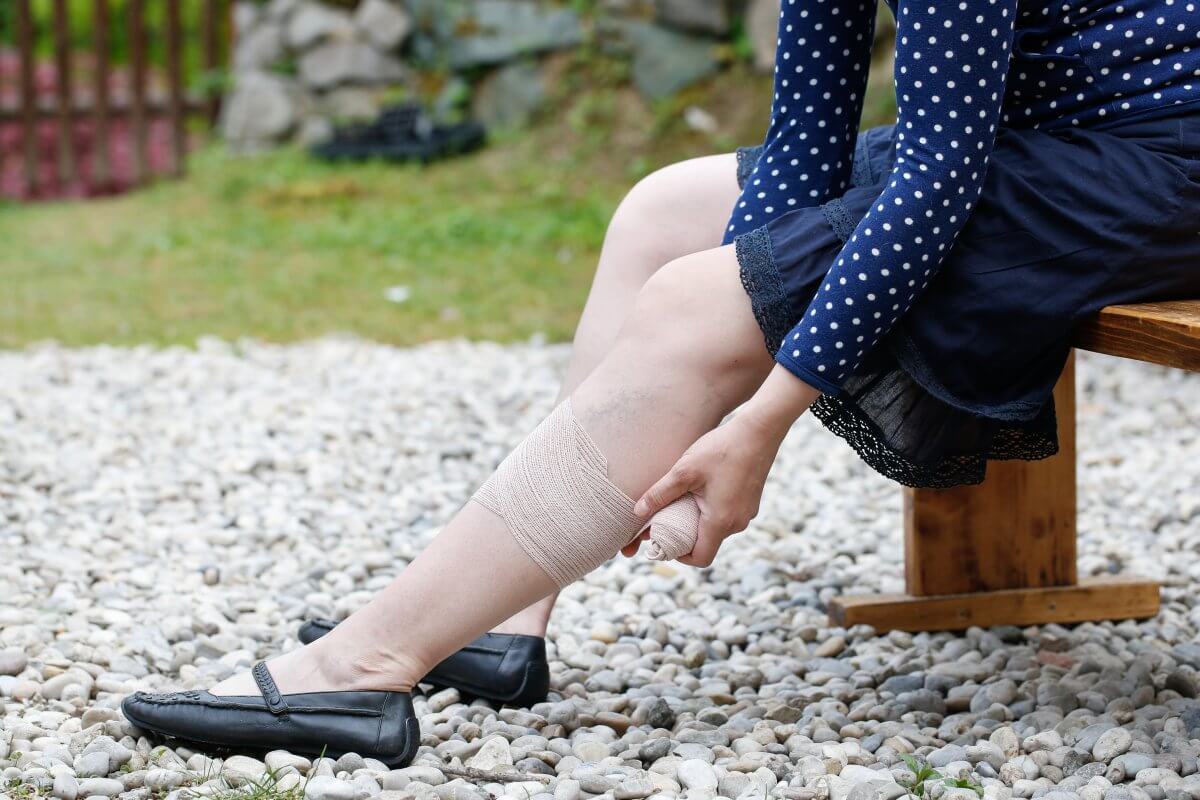 Venous leg ulcers – also called “open leg” – are deep, poorly healing wounds on the lower leg. Older, chronically ill patients suffer most often from this disease. An additional therapy with topical cannabis-based medicines accelerates wound healing. A Canadian research team recently found this out in an open study. One reason for this is the cannabinoids tetrahydrocannabinol (THC) and cannabidiol (CBD), as well as flavonoids and terpenes, which are contained in the cannabis plant.

Why do patients get venous leg ulcers?

The disease occurs as a result of circulatory problems in the legs. Most often due to weakness of the leg veins. Here, the return transport of the blood to the heart is impaired. The ulcers are usually treated with compression bandages, which support the return transport of the blood. In addition, medicines applied externally to the skin, so-called topical medicines, are used to heal the wounds.

With these methods, however, the chances of complete wound healing are only 50 to 75 percent after six months of optimal treatment. The chance of the ulcers coming back within a year is 40 to 70 per cent. For this reason, patients must wear compression stockings as a preventive measure.

Some risk factors for venous leg ulcers are:

Complete wound closure in 79% of patients

The open study at a wound centre in Toronto involved 14 patients with a total of 16 wounds. The usual therapies such as compression stockings had not helped the study participants and the ulcers were on average older than six months. One patient had even been suffering from a wound for more than twelve years. The average age of the participants was 75.8 years and they had more complex concomitant diseases. In addition, most patients had risk factors for reduced wound healing such as oedema (water retention) and peripheral arterial circulatory problems.

Treatment was with compression bandages and topical cannabis-based medicines. The cannabis preparation was applied to the wounds and the adjacent area every two days by the patients themselves. The cannabis formulation contained the cannabinoids THC and CBD, the flavonoids quercetin, diosmin and hesperdin, and the terpene beta-caryophyllene.

The outcome of the treatment was very encouraging. Complete wound closure was observed in 11 patients (79 %) and 13 ulcers (81 %) after an average of 34 days of treatment. In the other subjects, advanced wound healing was observed. Side effects did not occur.

Interaction of cannabinoids, flavonoids and terpenes

The endocannabinoid system (ECS) plays an important role in wound healing. The anti-inflammatory effects of THC and CBD are mediated via the CB1 and CB2 receptors. These receptors are abundant in our skin. Cannabinoids also lead to a widening of the blood vessels, which improves tissue perfusion as well as oxygen supply.

The terpene beta-caryophyllene binds to CB2 receptors and also has an anti-inflammatory effect. The flavonoid quercetin can also accelerate wound healing and diosmin, hesperidin as well as flavonoids strengthen the veins.

The study shows that cannabis preparations for external use accelerate wound healing in venous leg ulcers. Even in wounds where conventional therapies no longer help properly, healing was accelerated significantly. Another advantage is the uncomplicated application, which patients can carry out independently at home. In the future, there will be further studies investigating topical cannabis preparations against other types of wounds.

previousPrescriptions for medical cannabis increased in 2020